Assassins Creed: Brotherhood is a massively multiplayer online role playing game from Ubisoft. It will be available for Windows PC, PlayStation 3, and Xbox 360. The game is set in an open world in Rome and is a sandbox game. There is also 15 hours of single player campaign.

The below high definition trailer is about 2 minutes long. Check it out below. 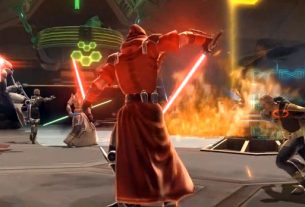 Limited Copies of SWTOR at Launch