1. Quake Live – Quake Live is one of the newest players on the scene and the most popular. Building on a huge fan base for the Quake title, it was not hard to see why Quake Live reached over 290,000 registrations and had massive wait lines just hours after the start of their open beta. Quake Live is free to play and ad supported.

Quake Live is a free to play massively multiplayer online first person shooter game that runs in your browser.

2. Halo Reach Multiplayer – Halo is one of the most beloved franchises of all time. The Halo 3 first person shooter was developed by Bungie for the Xbox 360 as part of the popular Halo series. It launched in 2007 with over 1 million Xbox Live players in the first day. To date Halo 3 has sold over 10 million copies. It was the best selling video game of 2007 in the United States. Up to 16 players can compete online. Halo Reach is the latest in online multiplayer gameplay with many new features and modes.

3. Operation 7 – The Operation 7 FPS is in Open Beta and is playable for free from Netgame. It is intended for those over 18 because this first person shooter game is more violent. Age verification is required. The best feature about the Operation 7 MMOFPS is the weapons building system which allows you many options to create and modify weapons.

4. Combat Arms – is a multiplayer first person shooter from Doobic Studios and Nexon. It is free to play and sports over 3 million registered players and over 150 different weapons. Combat Arms released on July 11, 2009. Game modes include one man army, elimination, a co-op, Fireteam, Quarantine, and more.

5. Global Agenda – Global Agenda is a massively multiplayer online role playing game from Hi-Rez Studios that uses Unreal Engine 3. It was released on February 1, 2010 as a single player and MMOFPS game. It is a science-fiction shooter. A subscription for the Global Agenda: Conquest is required for multiplayer gameplay.

6. Killzone 2 – Exclusively for the PS3 by Guerrilla Games and Sony Computer Entertainment, this is the third installment. It was released in February of 2009. The multiplayer aspect of Killzone 2 is called Warzone and allows for 7 classes. The game types include Search and Destroy, Bodycount, Capture and Hold, Assassination, and Search & Retrieve. The online gameplay allows for up to 32 players.

8. CrossFire FPS – The CrossFire Game launched on April 17, 2009. This free to play MMOFPS is a lot of fun and offers some great gameplay.

9. Fallen Earth – Fallen Earth is currently in beta. It includes a crafting and player customization section. Over five thousand missions in seventy towns are playable in the Fallen Earth MMOFPS game. It is set in the Grand Canyon in the year 2154.

10. Earth Rise – EarthRise is developed by Masthead Studios. It has been slow in development with a delayed beta. With an impressive list of features, EarthRise is reaching for the stars including customizable hovercraft, robot pets, offline advancement, many factions, and more.

11. Gears of War 2 – Gears of War 2 was developed by Epic Games and Microsoft Game Studios. It uses the Unreal Engine 3 and is exclusively on the Xbox 360. Gears of War 2 is really more of a 3rd person shooter but it owns Xbox Live setting records with over 1.5 million people logging into Xbox Live. Multiplayer modes include Annex, King of the Hill, Warzone, Execution, Guardian, Wingman, and Submission. A co-op mode Horde allows five players to fight together or alone. Downloadable content keeps the players coming back.

12. Bioshock 2 – BioShock 2 is a first-person shooter game developed by 2k Games an 2K Marin. It will be released in 2009 for the PC, Playstation 3, and Microsoft Xbox 360. Bioshock 2 will features some awesome weapons and a sea level where you can dive underwater to the city of Rapture. Multiplayer is available but not co-operative play. This game pits Bigdaddys against Bigsisters.

13. Team Fortress 2 – Team Fortress 2 is a first-person shooter from Valve Corporation. It is available for the PC, Xbox 360, and PS3. The online version uses the Steam system. The game developed almost a cult following. 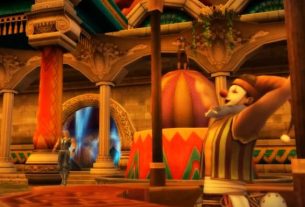